I almost forgot your birthday. I'm sending you good tiding just under the wire. I hope you had a glorious day.

I hope your day is full of happiness and joy.

I rarely say anything negative about the US. It isn't because I'm such a great patriot though. It's because I believe isn't fruitless to complain unless you have a viable solution to go with the complaint. Moreover, complaining within itself is just whine, which I have a terrible time tolerating.

Jeffrey Selingo has written an article that articulates what I believe so well. Please read.

I’ve been in a slump for what seems like forever. Trying to get anything done has taken all of my effort and then some. Although I wouldn’t qualify taking a nap as part of this downward spiral, ones that last two hours is a distinct indication that must be considered.

Sure, I’m older now; almost old enough to be considered a ‘senior’, but I don’t really think it counts towards the reason for my slump. I’ve seen too many people my age and older who are still able to do what they did twenty years ago. Besides, my daily load is small compared to what most people have.

I’m what they call a ‘housewife’. I vacuum, dust, mop floors, clean bathrooms, fix meals, do the laundry, etc. I do a little bit of reading and writing to fill up some of my time as well. Many other women, and also some men, do these things, plus hold down a job outside the home. In my estimation, I should have plenty of energy and ambition to take on another hobby or two. Yet I find myself dragging by eleven o’clock in the morning.

Yes, I am exercising. However, I didn’t start that until approximately four weeks ago. The disability doesn’t let me walk very far but I am making the effort almost every day. So far, I have missed two days participating in this new habit, and on one of those days I did do some walking but it was just a jaunt inside good ol’ Walmart. Walking hasn’t really help with the slump, but I can say that I’m not as glum as I used to be. It’s definitely an improvement, right?

It could be that I wane partly out of habit… a bad habit at that. I find myself waiting for something, anything to happen when I should be making the effort to try to make something happen instead. Umm… Maybe instead of taking that two-hour nap, which has just been a way for me to hide from the world, I should find that other hobby, one that doesn’t cost a bundle, which would take up that time. Again, because of disability, this is not going to be easy to find.

I need to do some research on this. I guess it could be a hobby within itself.

I found this link on a blog I visit regularly. Because I'm disabled myself, I couldn't help but want to share it.

I really thought that trashing that person on my flist would do the trick. Just a little while ago I was going through all the updates on my homepage here and there he was... AGAIN. I had to take

cmcmck suggestion and ban the poor guy. Even though his rudeness and nastiness were unnecessary, I really didn't want to treat him the same way. However, as I was told, it's the only way to be sure to get a person off the flist.

You would think because I've had an account here at LJ for, I guess, 10 years now, that I would know how to get stuff done in the 'backroom'. This isn't true though.

I had befriended a person here many years ago. I was hoping to learn from him and have an easy going rapport with him. Well, it didn't happen. In fact, he has gotten rather nasty and pompous. I thought I had adjusted my setting so that I wouldn't get updates to his journal but I started receiving them again. I noticed a link at the bottom of the email saying 'click here' if you was to unsubscribe. ~CLICK~ The next page showed that I had unsubscribed from all the journals on my list. Oops! Under the list of unsubscribed journals was a sentence telling me to click once again to adjust my setting for delivery. ~CLICK~ Oh! I know this page. I went down my list of friends clicking in the boxes to restart the subscriptions. It was then that I noticed that I could 'trash' (little trashcan sign) the ones I don't want. I 'trashed' the undesirables. My list of friends looks kind of puny now. I guess I'm going to have to be a little more sociable.

One of my friends here (

cmcmck) introduced me to another journal site, Dreamwidth. Supposedly I'm suppose to be able to crosspost from there to here at LJ. I have yet to see it work despite the fact that I have crossposting as a default and I make sure it's checked every time I write a post over there. I'm told it's kind of quirky so I'll be patient for a while. If it doesn't straighten out soon, I'm going to have to construct one of those emails that are, in fact, nasty but because of the wording, will not create animosity. I hate writing that stuff.

And what have you been doing?

What is with me and journal/blog themes? Why is it that I have this uncontrollable urge to change how my pages look? I just changed the theme here again going for a sophisticated autumn look. What was wrong with the green?

I think I have it as close to the way I want it that I can get to with the limits of a free account, then, whamo!. I feel that it's all wrong.

True, I am, most definitely, a visual person. My favorite class, or at least the most fun for me, during all of my years of school was art. Yet, I was never really all that talented. The only type of visual art I felt I did a good job with was sketching with ink. When I would look at my finished project, I'd be amazed at how well I had done.

Could it be that I feel I need the perfect stage props for whatever I writing? It sound absurd but it could be true. It could be that as the many years of my life have passed that I have developed insecurities I would rather not face.

Next question: Why, in heaven's name do I have four journals/blogs?

Three of them sit idle for weeks, and in some cases months, without an entry/post.

True, I've had a journal at LiveJournal for a long time. I'm guessing that it was 2003 when I first signed up. Despite my loyalty to LJ, I signed up for WordPress because I liked the themes (here we go again) and the feeling of being more public there than it is at LJ.

The one I have at Blogger was done purely as an experiment. I ignore that one for months and even years at a time.

I signed up for DreamWidth in response to a suggestion of a friend at LJ. Although it's probably run more efficiently than LJ, I'm kind of uncomfortable there. It's suppose to cross post with LJ but I have yet to see that happen.

Are you obsessed with this journal/blog thing?

Here I am giving you another link. But this one is different. This one may help with your connection to LJ. You really should read this post, and read all the way down to the bottom of the page.


Google DNS Is Down. Here's How to Fix Your Internet

Being a Leo means being outgoing, friendly, and, frankly, smart. :) 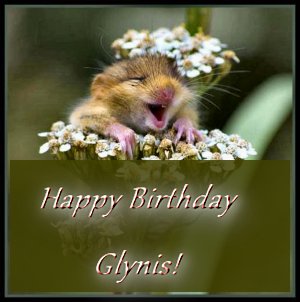